EUROPEAN REHABILITATION AND CULTURAL WEEK OF THE DEAFBLIND PEOPLE (ERCW 2015)

Within the framework of the European Rehabilitation and Cultural Week of the Deafblind, in 2015 the participants will be hosted by the Russian capital – Moscow and the Moscow region. They will have a chance to learn more about the customs, traditions and culture of Russia from the ancient times until now. Particular attention will be drawn to the sites and places of interest related to the history of studies of the deafblindness in Russia. 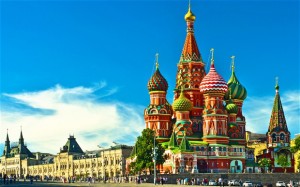 INFORMATION FOR THE PARTICIPANTS:

· 600 euro per person (single room or single supplement for the double room).

The fee includes accommodation, full board, bus transfers and the cultural program.

The fee should be paid for each participant, including the accompanying person/support professional, family members, or friends.

ERCW-2015 will be conducted in the Russian folk style. The program envisages unforgettable visits to the most beautiful places of interest in Moscow and the Moscow region, historic sites and contains various intriguing surprises.

1. Boat excursion along the Moscow River. Your visit to Russia will start with the most scenic views, encouraging man poets and artists. Moscow looks great in all aspects, but its charm is even stronger when you look it from a boat. It can be better felt with your heart!

2. Walking excursion in the downtown of Moscow, including the visit to the Red Square. This trip will help you to learn Moscow better, to make friends with the old city. The impression always depends on a guide, so our guide does not only know Moscow and its history very well, but also possesses a collection of exciting stories about the secrets of the Russian capital.

3. Trip to Sergiev Posad in the Moscow Region. Russia’s spiritual life reflects the uniqueness of the country. To feel this atmosphere, you will go to the largest Orthodox monastery – the Holy Trinity Monastery in Sergiev Posad. This is the place where the Russian Orthodox Church generously helps the Orphanage for the Deafblind Children, which will also be one of the points in the excursion.

4. Friend of a human being. Guide dogs will demonstrate their skills and faithfulness, as they help people to lead full life. You will also see nice and funny mini-horses and this should also become an unforgettable experience.

5. Trip to Puchkovo. House of the Deafblind – a small rehabilitation center managed by the “Elvira” society under the auspices of the Orthodox Temple of the Kazan Godmother Icon.

· Excursion to the Russian traditional arts and crafts factory, where one can see the production process and make his own souvenir or try himself/herself in crafts

· Excursion to the museum of arms and military equipment – a touchable collection of antique and modern cars, motorcycles, battle tanks, armored personnel carriers, various guns and rockets made in Russia or captured during the 20th-century wars.

· Excursion to the sweets and chocolate factory

· Bathing in the Holy Spring

7. Trip to Kolomna in the Moscow region. Gobacktothepast? 1000 years? Itisabsolutelypossible. You should only come to one of the ancient Russian towns – Kolomna – and walk along the walls and towers of its Kremlin, try the traditional Russian sweets and desserts.

We will be happy to welcome you in Moscow!